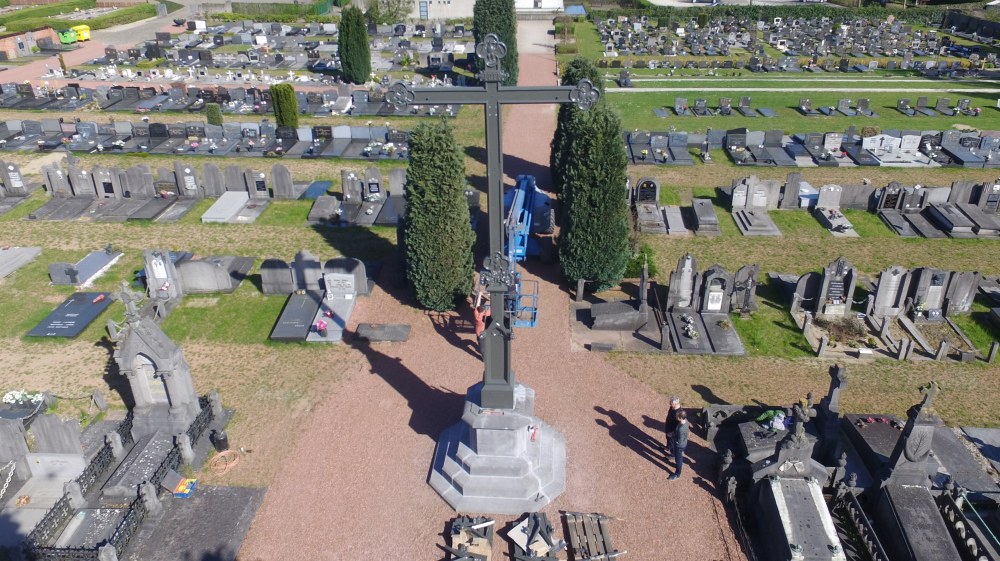 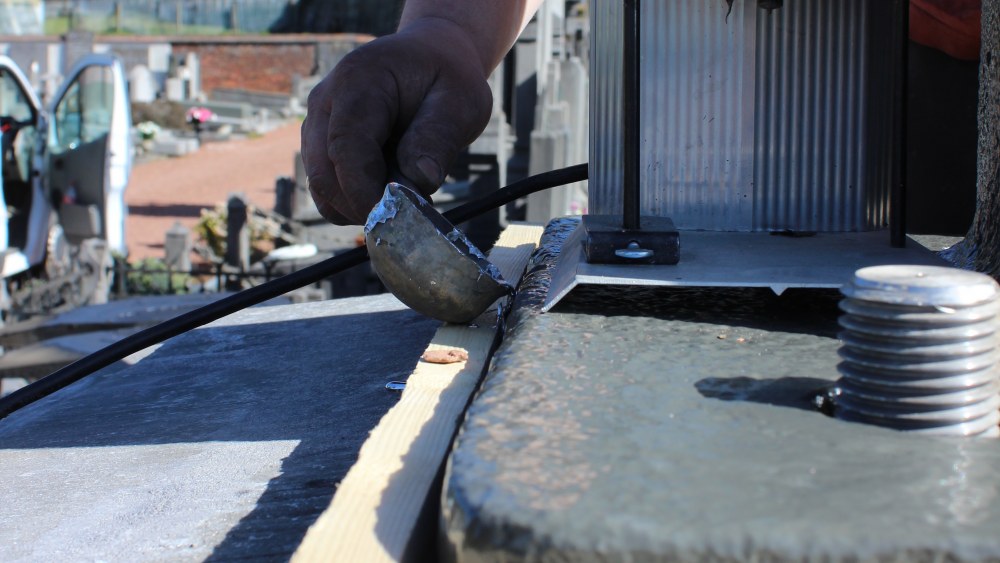 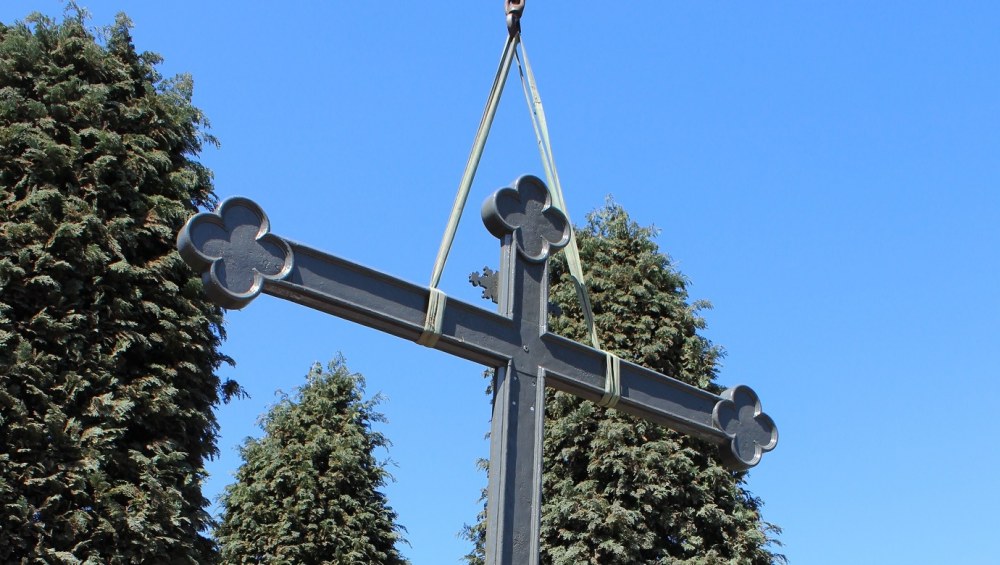 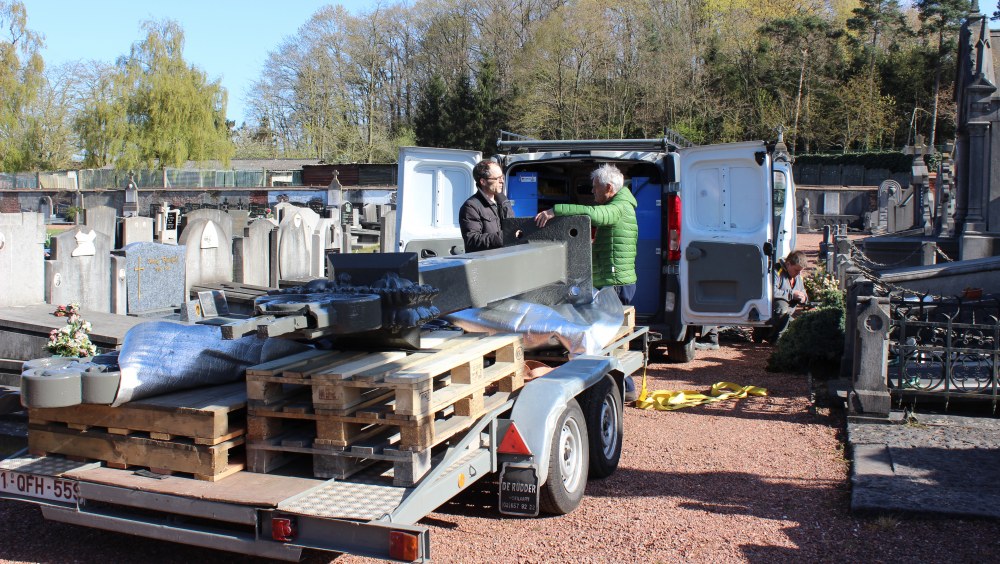 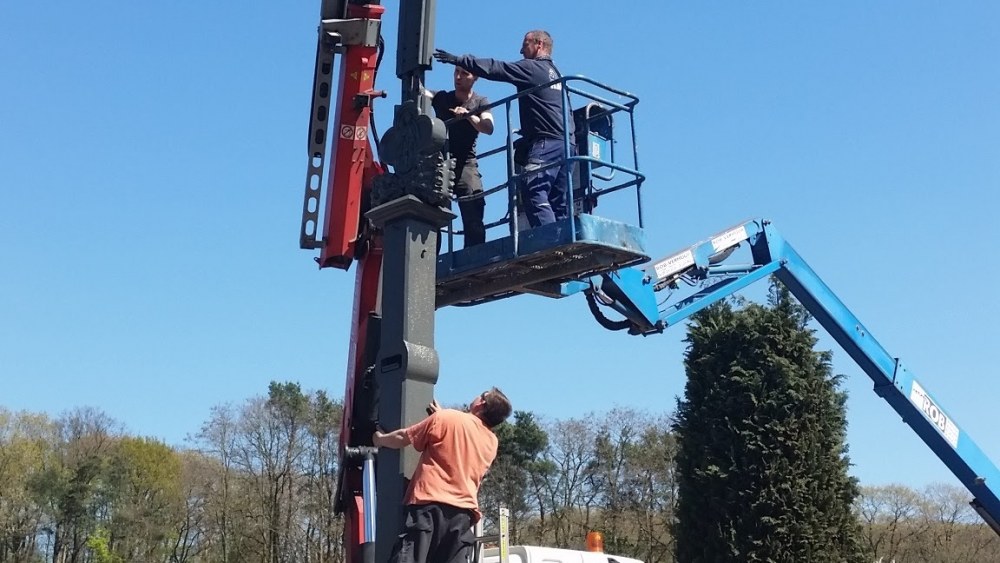 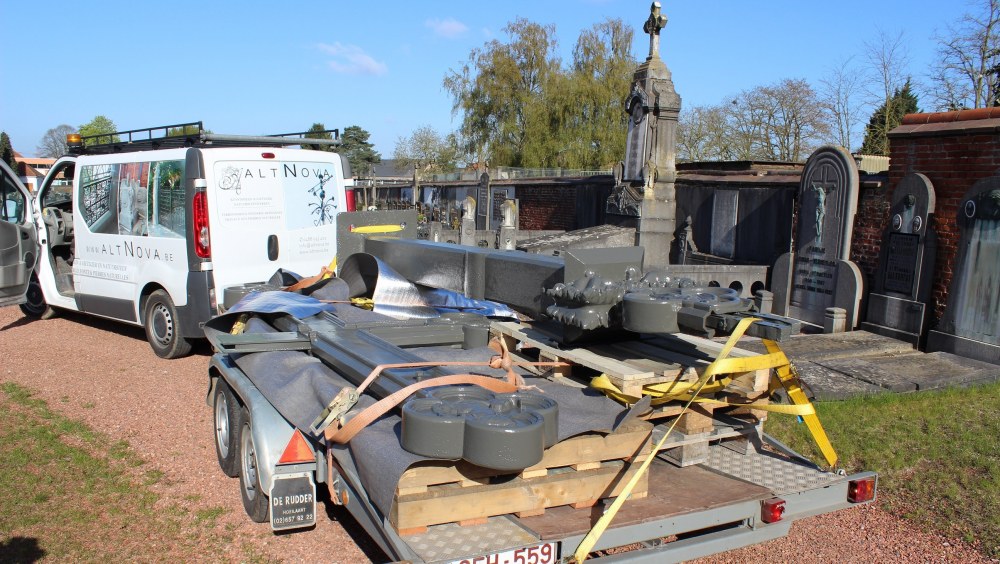 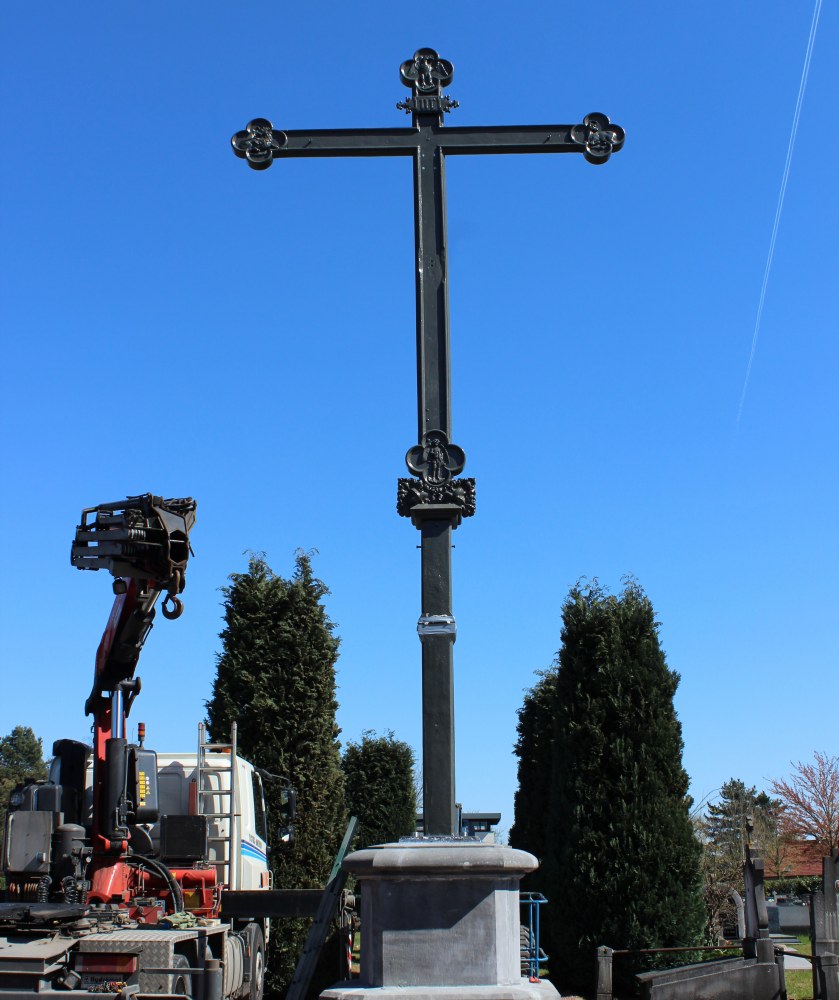 The cross of Aarschot is located in the cemetery of Ourodenberg since the end of the 19th century. The ,then ruling, city council decided to move the cemetery from the city cdnter to this place. In context of the ‘360° heritage project’, in which the province of Flemish Brabant financially supports the restoration of unprotected pieces of heritage that are linked to the landscape, this project was realized.

AltNova arranged the disassembly, restoration in our workshop and the re-assembly of this cast-iron cross, as well as the complete restoration of the bluestone base. After dismantling the cross, AltNova made a thorough study about the feasibility of the restoratio, after which in a second phase the actual restoration of natural stone and the cast iron took place.